Episode 5 - Learn You Some Spanish 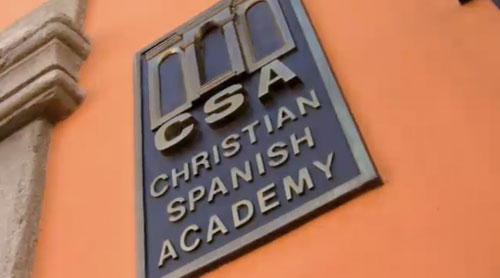 Studying Spanish at CSA in Antigua, Guatemala. William gets sick and Sam gets stranded.

@Amanda: Well, I think it's because that song reminds me of you since it was on your top ten and all the medical talk made me think of you too. So think of of it as an Amanda tribute.

@judy: I was excited about graduating. :)

@Daniel: He does - he's doing really good. I just haven't caught any of those rare moments on video yet.
Kelli Romanchuk wrote on October 13th 08 at 06:27PM
hee hee!! you guys must be getting pretty close. wearing eachother's underwear and everything.
jamie wrote on October 17th 08 at 09:07AM
I wish I hadn't discovered your website because, frankly, I have things to do. Instead I'm just sitting here watching videos. Thank God you've only produced 6.
Fun Lilliy wrote on May 15th 09 at 09:22AM
Every day I am watching a few of you minisodes.. they are all great.. I am amazed at the editing it captures the soul of the trip.. and its so informative there is a lot to learn from your journey.. like the volunteering and learning spanish from the locals on that kind of budget together with the experience that you gain by living with a family.. to catch up on you guys I am reading a bit from your blogs and seeing your videos from the start trying to get to where you are now I don’t want to miss the slow progression of your trip.

The incredible story of how two recent college grads are traveling around the world on an impossible budget.
More...
Popular Videos