Minisode #9 - New Zealand in a Nutshell 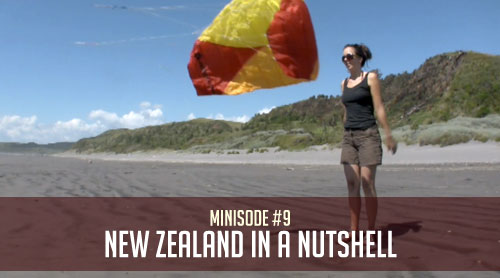 Our entire stay in New Zealand in about 2 and a half minutes.

Have fun with the Aussies!
Kyle wrote on January 19th 09 at 08:50AM
Duude! That was sweet! Insanely fast talking!
Todd wrote on January 20th 09 at 07:14PM
Wow! Awesome video. You should do that with the whole trip when you're through.
James wrote on January 20th 09 at 11:21PM
Reminds me of an auctioneer. Hope Australia is treating y'all well!
Nikki wrote on January 21st 09 at 12:53PM
This makes me miss New Zealand heaps. I hope to one day get back and travel around for longer then two weeks! LOOOVE the video!
Fraser wrote on October 29th 09 at 10:21AM
Pretty cool stuff, my name is Fraser, but I am not the guy from the film!
Just wanted to ask how much you bought the car for, and how much did you sell it for too, as planing on doing the same thing!
one bless
The incredible story of how two recent college grads are traveling around the world on an impossible budget.
More...
Popular Videos